Learn How To Select And Use Vintage Ornaments

By Angela Voulangas and Doug Clouse
–  The Graphics Office   – 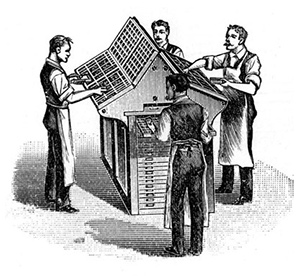 The name 'Vectorian' is a felicitous mash-up of two things separated by over one hundred years: vector illustration and the period of Queen Victoria's reign.

'Victorian' (technically 1837-1901) designates an era when many designers and artisans were intensely interested in ornament. It was a time of global exploration, and when the art and design of distant cultures made headway into the mass culture of Europe, England, and the United States for the first time.

'Victorian' is shorthand for ornamental exploration as well. Nineteenth-century experimentation, layering, and sampling combined pen flourishes with geometric traceries, classical constructions with Middle Eastern interwoven patterns. It was all fodder for design. Vector illustrations, which spread into modern graphic design with the Mac, are mathematical expressions of lines and points. Scalable and sharp, they are the modern digital equivalent of the painstaking hand draftsmanship of the past.

Right now, designers are rediscovering ornament from the past-many pasts-and relearning how to use it. Vectorian gives access to some of these ornamental riches by tracing and redrawing originals as digital vector, or outline, files.

The originals Vectorian draws from are largely in catalogs issued in the nineteenth century by type foundries. Like a good deal of type until the mid-twentieth century, much of this ornament was created and sold as small pieces of lead alloy, which were painstakingly composed into designs, locked into place, and printed. With access to digital outline files, the same premise is true-we can layer, compose, combine, and create-but it's a lot easier this time around.

Here is a brief guide to a selection of vintage ornament, along with tips on when to use it.

Aesthetic Movement ornament is angular, geometric, thin, spidery. Because of its delicacy, it can be arranged into very dense patterns, used to create elaborate corner decoration, or it can be used sparingly, as tiny sprigs of intricacy. There can be an "Oriental"-in the sense of non-Western-flavor to Aesthetic Movement ornament. The fad for this ornament peaked in the 1860s through the 1880s, so in some ways it is the most 'Victorian' of Victorian ornament. It was also original to the period, and not a revival of older styles.

When to use it: Although this ornament is strongly Victorian, its geometry can feel a little modernist depending how it is used, so it a good style to experiment with. We can see it on a menu for an oyster bar or the packaging for artisanal soap. Its curls often straighten out into boxy lozenge shapes and cartouches, so it's good for labels and framing titles.

–   more about the Aesthetic Movement   – 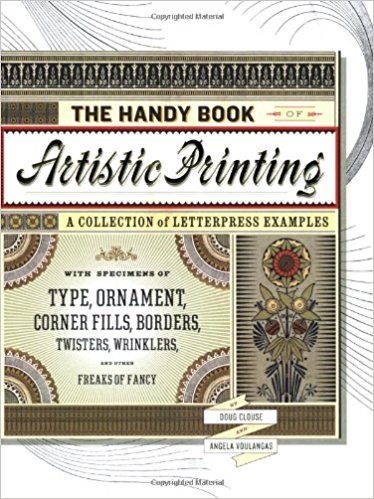 This popular twentieth-century ornamental style was first named in France in the 1920s, but had its origins a decade or more earlier. This varied style combines the geometric influences of Aesthetic Movement and Machine Age forms with dense ornamentation and bold shapes. Patterns were popular and can range from linear abstract floral forms to "Cubist" fractured planes.

When to use it: This ornament is strongly suggestive of a specific era and needs to be used decisively. Art Deco patterns, though, can be light, fun, and adaptable. They're particularly suitable to paper goods such as cards or wrapping paper, and on book jackets

Art Nouveau ornament was very avant garde and sophisticated around the turn of the twentieth century. It features sinuous, organically-inspired elements, often used asymmetrically with tall, attenuated frames. Made up of flowing leaves and vines that easily mix with or transform into exotic styles of ornament from a variety of cultures, it is suggestive of mystery, sensuous luxury, and decadence. The style had different names in various countries, and some of the variations, such as Jugenstil or Mackintosh from Scotland, have their own distinctive flavor.

When to use it: Art Nouveau ornament adds a very strong signature to any design, and should be used carefully. It is appropriate for designs that want to evoke France or Belgium, or early twentieth-century luxury. It could be used in perfume or chocolate packaging, for instance, or a bistro identity, especially if there's absinthe on the menu.

The Arts and Crafts movement paralleled and succeeded the Aesthetic Movement, and is characterized by a self-consciously old-fashioned rusticity and heaviness. It can look very medieval, folkishly handcrafted, or be reminiscent of the crude woodcut printing and chapbooks from the eighteenth century.

When to use it: If you want ornament but don't want to appear fancy or rarefied, Arts and Crafts ornament is for you. It could be used on anything from a Tolkien fan website, or a food co-op logo, to an Episcopalian church program.

Baroque Revival references design elements of the seventeenth century. The ornament is similar to Renaissance Revival (see below), but with more verve. With its contrasts between thicks and thins and darks and lights, it is more dynamic and naturalistic, and less rigid, than Renaissance Revival.

When to use it: It is appropriate for books but also hints at exuberance-Italian cooking or music perhaps. It can also give off an air of decadence, sensuality and luxury and could work with home decor.

Neoclassical ornament evokes ancient Greece and Rome with such motifs as fluting, wreaths and garlands, acanthus leaves and palmettes. It flourished at the turn of the nineteenth century, when there was a reaction against the excesses of royal style and a fad for all things suggestive of the beginnings of Western culture. "Federal-style" American design is one of Neoclassical's more sober variants.

Many of the most popular vintage ornaments are based on the elegant loops and swirls made by quills and pens from the time when handwriting was paramount. Professional handwriting was once very important but even everyday writers reveled in elegant showmanship. In the nineteenth century there were many schools that taught commercial and fancy lettering. Fancy decoration drawn around text, whether by everyday correspondents or official scribes, became associated with care, cost, and formal celebration. Penmen often warmed up (and showed off) by drawing animals such as doves or lions, with carefully controlled roundels and strokes.

When to use it: Penmanship flourishes can be friendly and light or regal and ceremonial. They can be used in any design trying to suggest personal script or handwriting, on award certificates or invitations, for instance. They are associated with delicacy, femininity, and literature, especially poetry. Used sparingly, penmanship ornament offers brilliant contrast to modern design and sans serif type.

Renaissance Revival ornament is characterized by fullness and density. Allegorical figures, horns of plenty and Renaissance (1400s-1600)-inspired architectural elements intermix in compact arrangements. The ornament often appears as dividers between groups of texts, or as triangular endpieces and headpieces that once would have been used above book headings or endings. It is decorative without being particularly express ive.

When to use it:  Much of Renaissance Revival ornament available from Vectorian is based on originals that were used to decorate old book pages, so it is appropriate for things academic or ceremonial, such as title pages, or borders around official documents.

From The Same Authors

THE HANDY BOOK OF ARTISTIC PRINTING

This award-winning book explains the rise and fall of Artistic Printing, the quirky, exuberant manifestation of the Aesthetic Movement in nineteenth-century letterpress printing.

The Handy Book explains the technological and artistic context of this outrageously ornamental style. The job printers who created these complex compositions are, arguably, the predecessors of today's graphic designers. With our design educations firmly rooted in Modernism we'd never seen or learned about anything like Artistic Printing. This book, filled with over 200 specimens and historical images, helps people become acquainted with one of the historical black sheep of design.

Buy it on Amazon 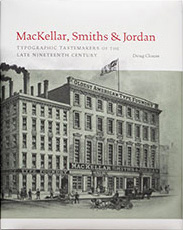 This book profiles the largest American type foundry of the nineteenth century and documents all MS&J's patented designs for ornament and type. MacKellar Smiths and Jordan were the typographic tastemakers during much of the period of Artistic Printing. This book began as Doug's Master's degree thesis at the Bard Graduate Center.

Buy it on Oak Knoll Press

A selection of the best free fonts inspired by the 1800's

We've spent a lot of time browsing the web to find the best free fonts that we use in our design samples. They are a perfect match to your vintage designs created with the Vectorian vectors.